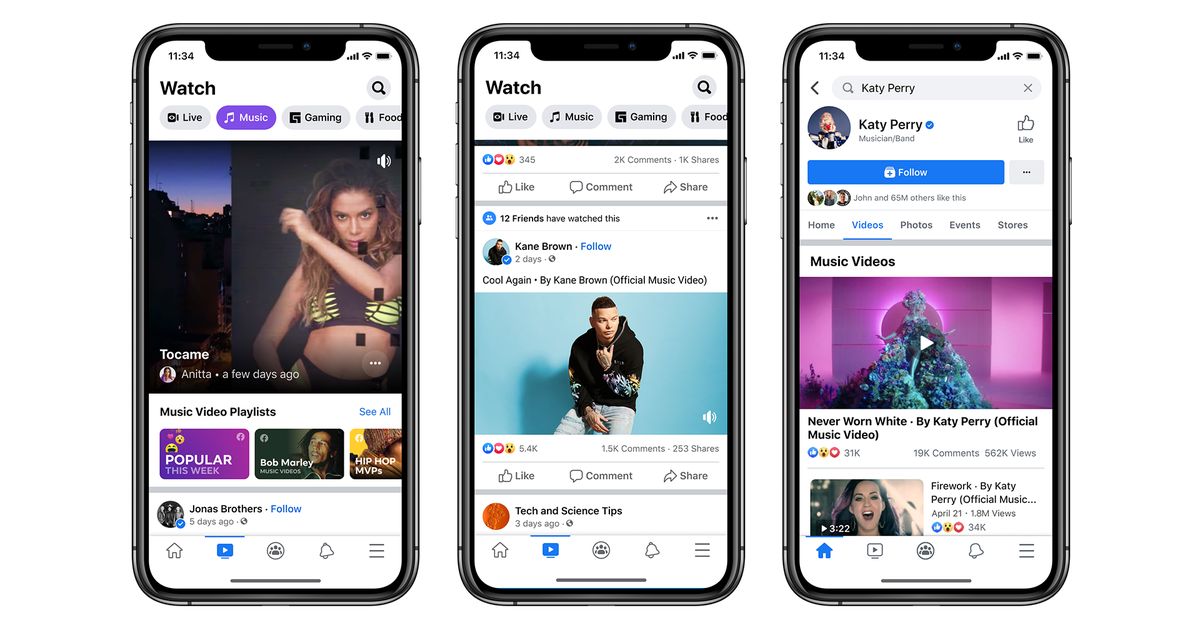 Facebook is adding official music videos to its service in the US after partnering with major music companies including Sony Music, Universal Music Group, and Warner Music Group, the company announced today. The videos can be found through Facebook Watch and via individual artists’ pages. They can be shared, reacted to, or commented on like any other video on Facebook.

It’s a big shift for Facebook, which in the past has only been able to share short previews of music videos from artists on major US labels, TechCrunch previously reported, or just audio in some cases, according to Bloomberg. With this launch, Facebook is stepping into an area where YouTube is dominant. Music videos are one of the most popular genres on Google’s video site.

As part of its announcement, Facebook says that its platform will feature exclusive music video content from a variety of artists including J Balvin, Karol G, Sebastián Yatra, Alejandro Fernández, and Calibre 50. A new official music video from Lele Pons will exclusively premiere on Facebook, and it also says it will have an exclusive video from Panamanian R&B singer Sech. Bloomberg previously reported that Facebook had been offering to fund the production of certain music videos in exchange for exclusivity.

Facebook has previously offered music videos in Thailand and India.

The launch of music videos on Facebook comes just months after its Facebook Gaming section inherited Mixer’s streaming partners when Microsoft closed down the service. All Mixer sites and apps automatically started redirecting to Facebook Gaming on July 22nd.