54,000 saplings to be distributed to popularise Kodagu Orange 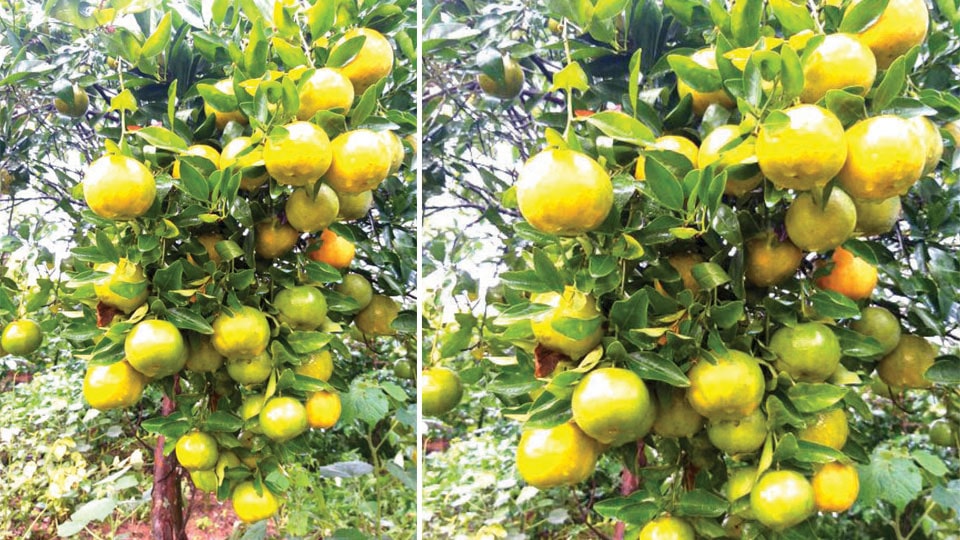 Madikeri: For the past two years coffee land of Kodagu, also known for its oranges, has been facing devastation triggered by floods and landslides affecting the crop and causing loss to the growers.

Over the years, the crop area has not expanded much with issues over falling prices and pest attacks.  In a bid to expand the crop which is primarily cultivated amidst coffee plantations, the Department of Horticulture has grown over 54,000 orange saplings for distribution among the growers for planting them in their plantations this year. These saplings had been produced at State-run Horticulture Farms across Kodagu.

“We have set a target of increasing the crop size by at least 10 per cent a year. The Department has eight farms where the saplings of Kodagu Oranges were carefully produced to expand its area of cultivation. Kodagu’s climatic condition is unique and the oranges grown here come with a lot of pulp and also taste good,” said Shashidhar, Deputy Director of Horticulture.

The area of cultivation has come down over the years to less than 5,000 hectares and the yield has also been falling because of climate change. Subsidy is offered to growers to boost cultivation of the fruit, also called Coorg Mandarin.

Appanna, a progressive farmer from Gonikoppal, has over 100 orange trees and was harvesting over two to three tonnes a year. “I suffered loss because of excessive rains. I used to harvest 30-40 kg from each tree but the yield fell to less than 10 kg and the fruit quality had also dropped,” he explained.