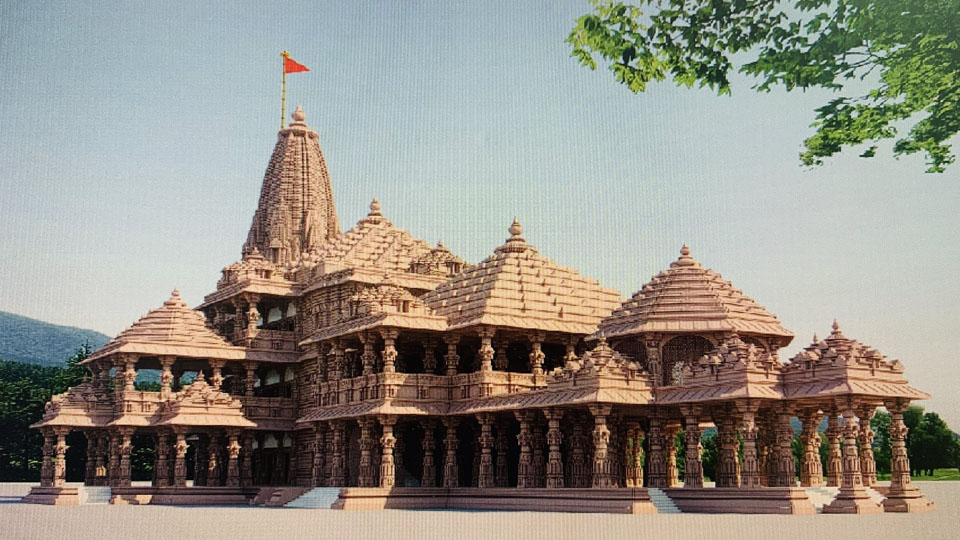 Mysore/New Delhi: Veteran BJP leaders L.K. Advani and Murli Manohar Joshi will not visit Ayodhya for the ground-breaking ceremony for building of a temple there. The two leaders will instead attend the Aug. 5 event via video-conferencing, sources told UNI.

Both the leaders were invited via phone calls on Saturday by the Trust set up to oversee the construction. An invitation is also being sent to the two senior leaders by the General Secretary of the Ram Janmabhoomi Teerth Kshetra Trust, which was set up by the Supreme Court after its landmark verdict in November last year.

Last week, Advani — who was the face of the movement to build a Ram Temple at Ayodhya in the 1990’s —  appeared before a special CBI Court in Lucknow via video link to answer questions relating to the mosque’s razing. Advani, 92, who is among the accused in the case and was asked more than 100 questions over four-and-a-half hours, has denied all charges, according to his lawyer.

The CBI has said Advani, and other leaders like Joshi, Uma Bharti and Kalyan Singh made incendiary speeches from a dais close to the mosque, which motivated the razing of the structure. Joshi, who also recorded his statement before the same Court, said that those who had deposed against him done so for political reasons and that all allegations against him were false.

Grand preparations have been made for the Aug. 5 ceremony, which will revolve around the installation of a 40 kg silver brick as the foundation stone; this will be set by the Prime Minister. The guest list has been trimmed to around 50 VIPs because of restrictions on travel and gatherings during the Coronavirus outbreak, the Trust has said.

Former Union Minister Uma Bharti and former Uttar Pradesh Chief Minister Kalyan Singh, who said he had no regrets over the events of Dec. 6, 1992 – when the Babri Mosque was destroyed – have been invited.

Top leaders of the Rashtriya Swayamsevak Sangh (RSS) including its chief Mohan Bhagwat and General Secretary Suresh Bhaiyyaji Joshi are also being invited for the event along with VHP’s Working President Alok Kumar, a trustee of the temple said.

Meanwhile, Maharashtra Chief Minister Uddhav Thackeray, whose Shiv Sena broke away its long alliance with the BJP after Assembly elections, has yet to be invited. His party has demanded an invitation, saying it had given “blood and sweat” for the temple.

In November 2019, the Supreme Court ruled that the then disputed 2.77 acres in Ayodhya would be given to a Government-run Trust for the building of a temple for Lord Ram and Muslims will be given a five-acre “suitable” plot elsewhere in the district.

The verdict, in a case that has been and continues to be a religious and political flashpoint, was passed unanimously by a five-Judge constitution Bench amid appeals for peace by political and religious leaders and heightened security across the country.