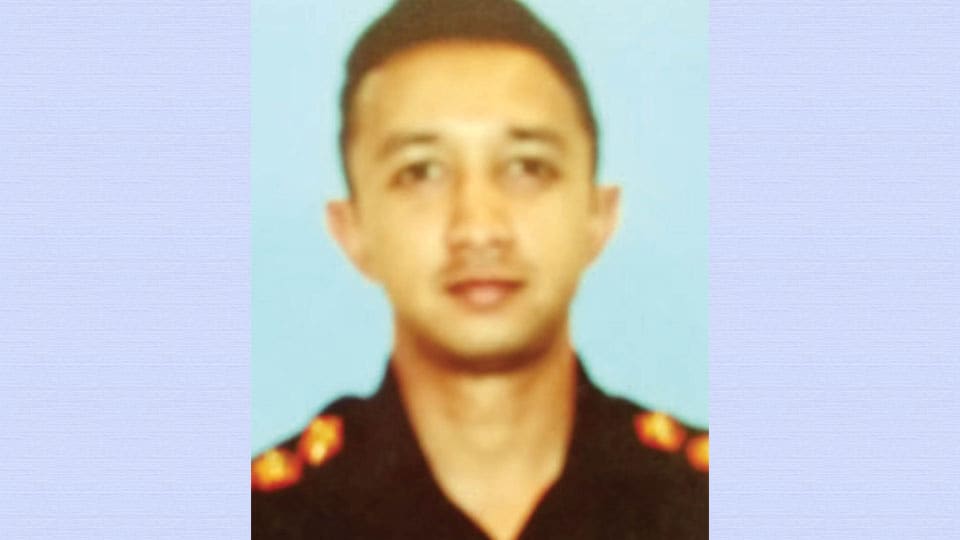 Virajpet: Maletira S. Muthappa has been appointed as aide-de-camp (ADC) to Chief of Army Staff. Muthappa is at present serving in the Defence Ministry and was a Commissioner for Indian Military Academy in 2016.

He hails from Kedamulloor village near Virajpet and is the son of Maletira Rathna Subbaiah and Usha. He  is the fifth Army officer from Kodagu to serve as ADC to the Chief of Army Staff. In 1953 Brigadier Codanda Cariappa, in 1973 Lieutenant General Buttiyanda Bopanna, in 1986 Lieutenant General Pattacheravanda C. Thimmaiah and in 2001 War Hero Major Mangerira Muthanna had occupied the post.

What is ADC in Armed Forces?

An aide-de-camp (official position) in the Armed Forces primarily functions as a protocol officer, who looks after implementation of the protocols, and as an executive assistant. An ADC is also responsible for carrying out liaison with the local military authorities and looks after the professional requirements of the Officer/Governor he is attached to.

An ADC should have five to seven years of experience in the Armed Forces. He is selected on the basis of his professional performance and an interview. Besides the Governors of States, aides-de-camp are authorised to senior officers in the Armed Forces and the President of India.