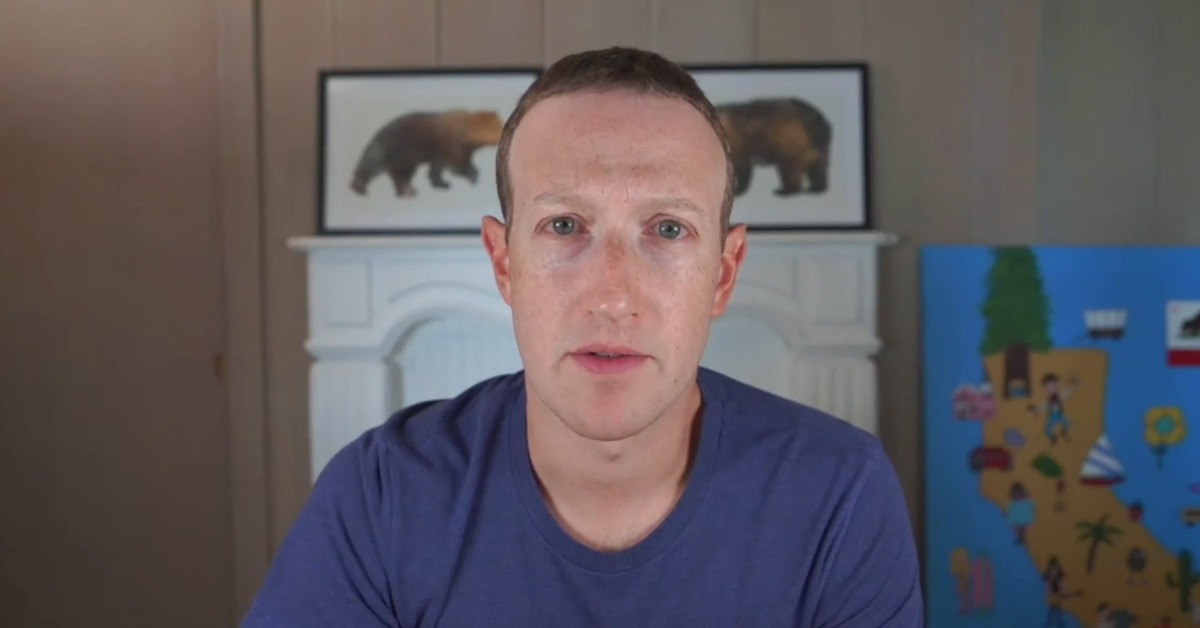 In a companywide meeting on Thursday, Mark Zuckerberg addressed the recent shooting in Kenosha, Wisconsin, both in a seven-minute public address and in a heated series of questions from employees that was subsequently reported by Buzzfeed News.

Protests in Kenosha erupted into violence on Tuesday night, as two people were killed by a bystander later identified as Illinois resident Kyle Rittenhouse. Rittenhouse has been charged with two murders in connection with the event, as well as reckless endangerment and unlawful possession of a firearm.

In the wake of the shooting, Facebook has been criticized for allowing self-proclaimed militia groups to organize on the platform, including a group called the Kenosha Guard, which had solicited armed attendees for an event on the night of the protest. Several Facebook users reported the event as likely to result in violence in the hours before the shooting, only to be told by Facebook moderators that the group and event were not violating Facebook policy.

In his speech to employees, Zuckerberg confirmed that “a bunch of people” had reported the Kenosha Guard page as potentially inciting violence in advance of the shooting, and he said Facebook had made a mistake in keeping the page live.

I spoke to Facebook employees at our weekly company Q&A about what’s happening in Kenosha and wanted to share.

“It was largely an operational mistake,” Zuckerberg said. “It’s because the team that enforces our policy against dangerous organizations is a specialized team that is trained to look for symbolism and innuendo … and understand the details of how certain militias and conspiracy networks operate. The contractors and reviewers who the initial complaints were funneled to didn’t pick this up. On second review, doing it more sensitively, the team responsible for dangerous organizations recognized that this violated the policies and we took it down.”

Crucially, that second review appears to have taken place after the shooting, at which point the violent potential of the event listing had been made tragically clear. The Kenosha Guard page and event was removed the following morning.

Zuckerberg emphasized that Rittenhouse had not signed up for the Kenosha Guard event, and Facebook’s investigation has not uncovered any evidence that he was connected to the group. Facebook has classified the event as a mass shooting and is continuing to actively moderate related content.

“We have our teams out there proactively looking for content and taking down content that praises the shooting,” Zuckerberg continued. “We’re going to continue to enforce our policies and continue evolving the policies.”

Some Facebook employees weren’t happy with that answer, according to Buzzfeed News reporting. “At what point do we take responsibility for enabling hate filled bile to spread across our services?” one employee commented on the video feed. “Anti-semitism, conspiracy, and white supremacy reeks across our services.”

Others worried that the company’s pattern of reactive moderation made it difficult to prevent tragedies before they occur. “We need to get better at avoiding mistakes and being more proactive,” said another comment obtained by Buzzfeed News. “Feels like we’re caught in a cycle of responding to damage after it’s already been done rather than constructing mechanisms to nip these issues before they result in real harm.”

It’s not clear how effective Facebook has been at taking down content that praises the shooter, even after designating the attack as a mass shooting. A Guardian report on Thursday found widespread memes praising Rittenhouse and applauding the killing of the protesters. The report identified hundreds of posts and memes containing the phrase “Free Kyle” or “Free Kyle Rittenhouse” as of Thursday morning. A report from Site Intelligence also identified growing support for Rittenhouse among neo-Nazi groups.