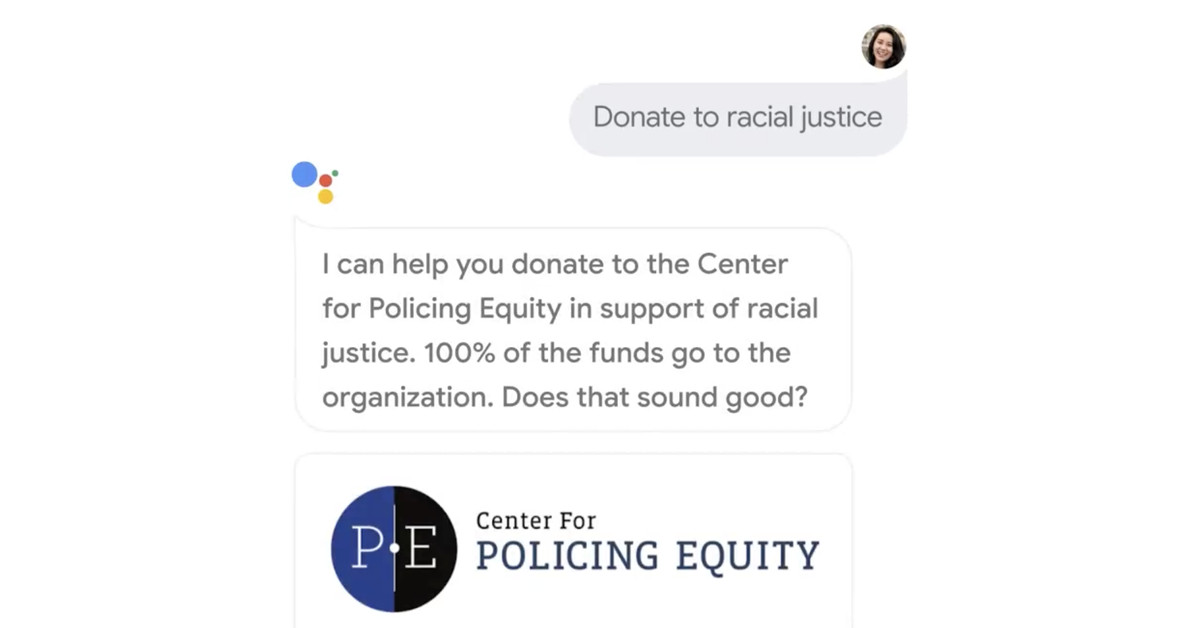 Google Assistant is getting a new feature that makes it easier to donate money to important humanitarian and nonprofit organizations, starting with the Center for Policing Equity, an organization that works to promote police transparency and accountability.

The news was announced today to coincide with the 57th anniversary of the March on Washington. The new donation shortcut can only be accessed on mobile phones for now, either by saying “Hey Google, donate to racial justice,” to Assistant (either directly on Android or through the app on iOS) or by using a dedicated card in Google Assistant’s daily Snapshot view.

Google says it won’t be taking a cut from donations made through Assistant, with 100 percent of all donations passed directly along to the Center for Policing Equity. The company also plans to expand the Google Assistant donation feature to support “other humanitarian organizations and nonprofits” in the coming weeks, although Google has yet to say which organizations it has chosen.

While the addition of a donation feature is certainly an admirable one, it’s important to note that the news doesn’t include any other monetary commitments on Google’s end to donate to fight racial inequality beyond the $175 million that the company had already promised in June.